Demo called by the Palestine Alliance: 2pm Saturday 30th March at the Foot of the Mound Edinburgh

The Palestine Alliance invites you to join in a demonstration of solidarity with the Palestinian people on 30th March, Land Day, which also marks one year since the start of the Gaza Great March of Return.

Land Day is the anniversary of the Israeli army killing in 1976 of six Palestinian citizens of Israel who were involved in protests against Israel’s theft of Palestinian land.

On Land Day in 2018, Palestinians in Gaza began their Great March of Return calling for the lifting of Israel’s 11-year illegal blockade on Gaza and for the right of Palestinian refugees to return to their villages and towns. Since the start of Great March of Return, Israeli snipers have killed over 250 Palestinians and wounded almost 14,000. By January 2019, the fatalities included 35 children, two women, two journalists and three paramedics. The wounded included 2,846 children, 605 women, 159 paramedics and 143 journalists. Every Friday Israeli snipers kills and wounds even more Palestinians.

In the meantime, Palestinians who are citizens of Israel and those living in the Occupied West Bank, face Israel’s continuing programme of ethnic cleansing which include demolition of their homes and villages, restrictions to freedom of movement and destruction of their land and resources. 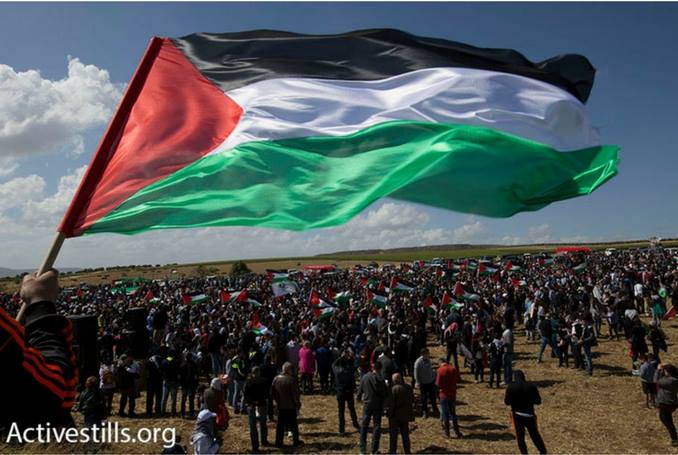